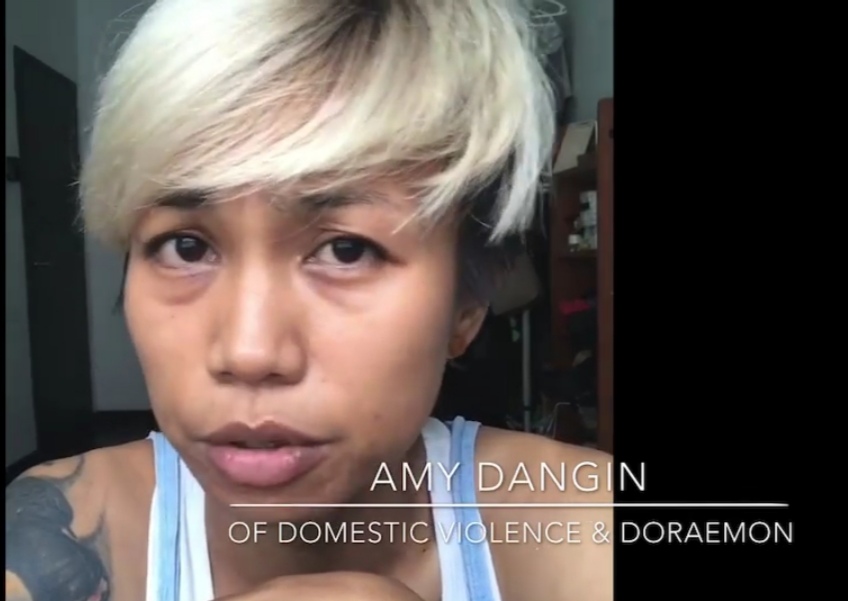 Radio DJ Amy Dangin, who wiped the blood from her abused mother for the first time at the age of 8, thinks that the in-charge leaders for women affairs could do more for domestic violence.

The crisis that we are going through and the quarantine could unfortunately create a fertile ground of domestic violence.

“It is disappointing and sad to see the unit of leadership that is supposed to unite us at this kind of time…a symbol of hope and strength, but they came out with statement like that.

“Maybe she meant the Doraemon voice thing as a joke, but it is not funny.

“Domestic violence is real, it has been happening before quarantine (movement control order) period. Now, it will definitely increase especially now.”

Amy Dangin, also popularly known as Aunty Patrin, shared her past of having to live in fear whenever her late father came home drunk and beat her mother.

“I remember whenever our dad came home drunk, we would be scared at night , berabis dia pukul, dia tumbuk, dia buang dari katil sampai mama saya tidak boleh jalan, she had to wear sunglasses for weeks.

“I had to wipe blood from my mother’s face, sebab bapa saya tumbuk hidung dia, I remember that I was 8-year-old have to wipe blood off her face.”

The domestic violence came to an end 7 years later, when the then 15-year-old Amy confronted her dad physically which the family made peace of the situation.

Amy said she shared her story so that people who could relate to domestic violence that they are not alone.

“I grew up with a domestic violence (background), I know a lot of people did, too.

“In Sabah, domestic violence is high, not judging only based on what was reported, the one unreported is even more and higher,” she said, adding people, regardless of gender, should reach out for help.

Reach out for HELP at: